A Tribute To Hispanic Heritage Month In A Vase

Nanz & Kraft Florists is celebrating National Hispanic Heritage Month–which runs September 15 to October 15–by honoring the flowers of Spain, Mexico, the Caribbean and the Americas. Our floral landscape would not be the same without the contributions these countries have made to floriculture. The native flowers and plants reflect a richly diverse range of floral types, and today we’re highlighting a design that brings many of them together in one vase.

Bonfire is one of the standout designs from our fall collection, but it’s also a study in the glorious flowers of Latin America. Sunflowers originated in Mexico, where they were grown for ornamentation but were also harvested for their medicinal properties and used as food. For the Aztecs, the sunflower was an important emblem of war, and it was a flower that was offered at temples, too (ancient seeds have been found in Mexico City at temple sites). Solidago–the bright yellow clusters providing an accent here–are also native to Mexico, while alstroemeria is from South America. Also known as Peruvian lily or lily of the Incas, alstroemeria comes in (almost) every color in the rainbow, but here looks particularly regal and arresting in red. 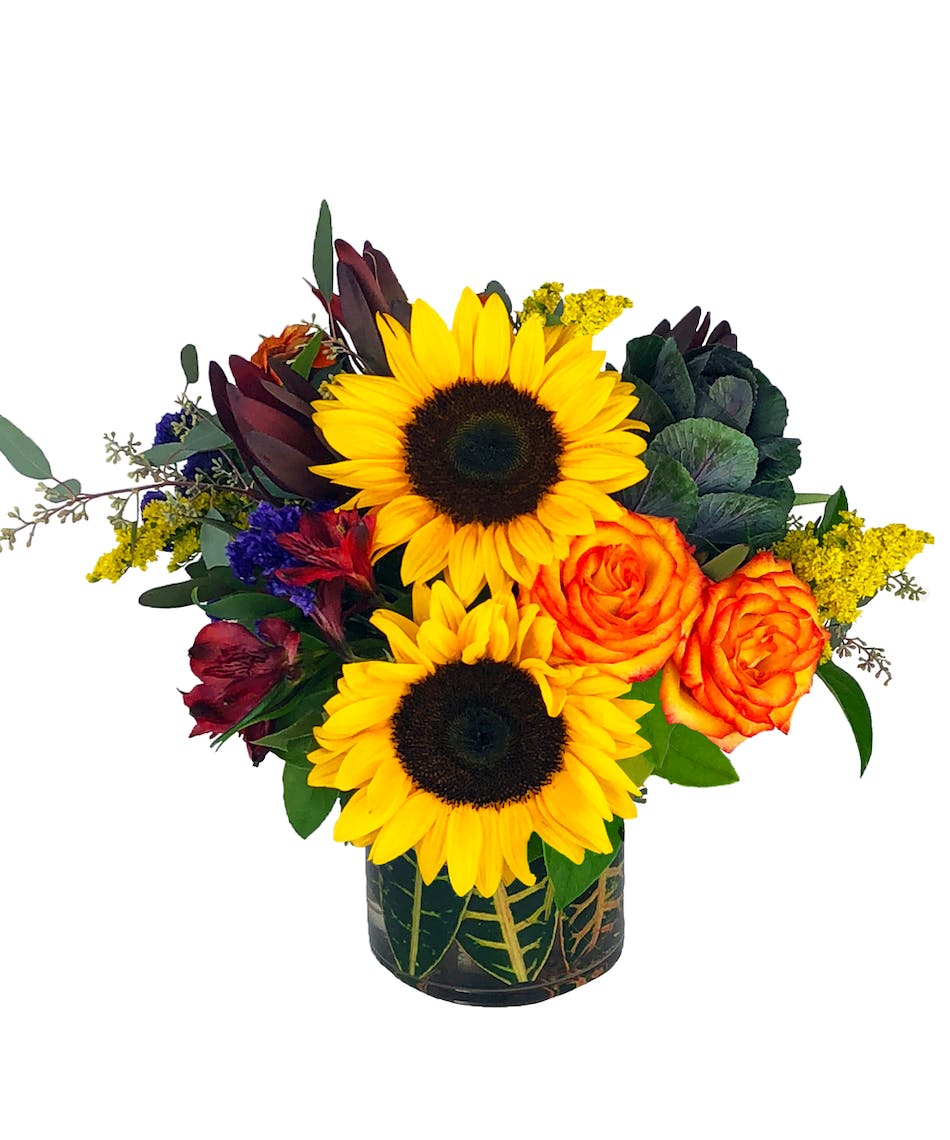 Spend this next month honoring the contributions of Hispanic Americans, as well as those that come from their ancestors, families and cultures. You can even have your tribute in a vase.

Sorry. No data so far.